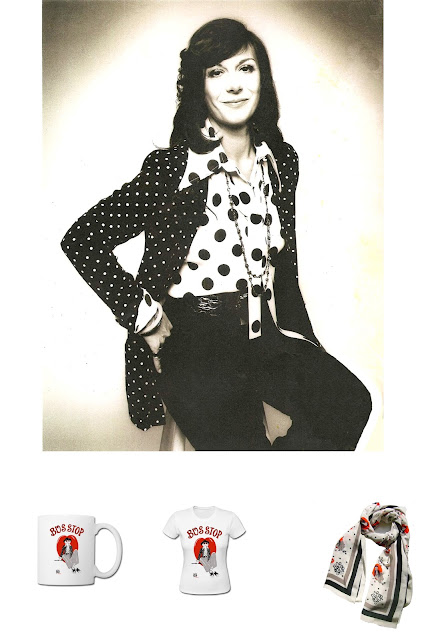 Hunting through all my 70's photo's looking for something to blog about, I came across a pic of me taken for the OBSERVER MAGAZINE.  This outfit was designed by me and made in crepe de chine.   I thought that it was a fun design and as well as a very small version perched at the top of this blog, I am also now using it for my new tee shirt, scarves and mugs all of which can be bought on my website

The other day, going to an appointment near Oxford Street, I happened to pass H&M, and having 5 minutes to spare - I couldn't resist going in and sussing it out!

I saw this spotty chiffon top - tried it on, and lo and behold it actually suited me! It was a bit thin and see through, but worn with a little strappy top underneath it looked good! 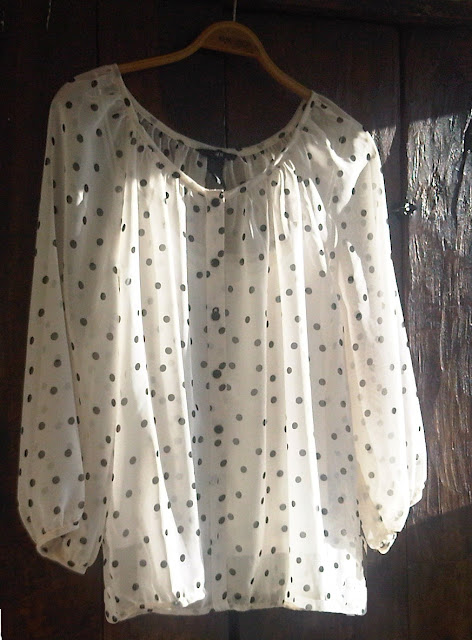 It reminded me so much of my 1970's outfit that appeared in the Telegraph Magazine worn by a gorgeous model called Verushka. (She was in the film with Terence Stamp called BLOWUP!). 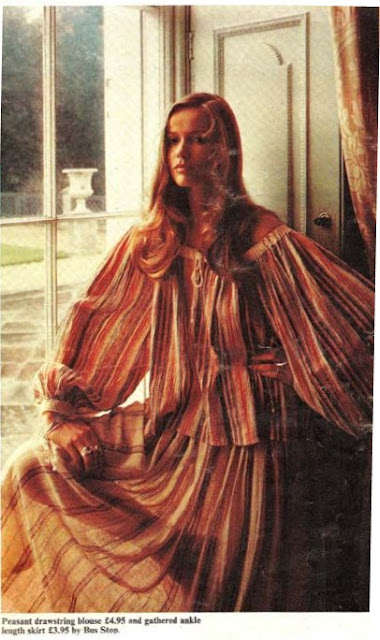